We live in an amazing time in history.  Through the exponential growth in our knowledge of science, technology, and medicine we are witnessing the most rapid changes in our world that humans have ever experienced. 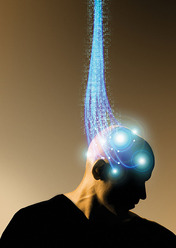 You reach for your cup of coffee.  A fraction of a second before this occurs, your brain sends a signal to your arm, hand, and fingers.  No big deal right?  It happens all the time, every second of your life.  What if these commands from your brain could be captured and used to control devices other than your own body?  The possibilities are endless, not to mention the person who suffers from paralysis.  We are at the leading edge of this technology with human trials to begin as early as 2012.  Click here to watch a monkey control a robotic arm to feed itself only using thought control.  Duke University's Miguel Nicolelis is a pioneering neuroscientist showing how the long-sought merger of brains with machines is about to become a paradigm-shifting reality. 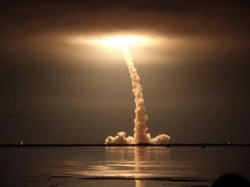 Since the United States ended the Space Shuttle program in the summer of 2011 there have been numerous private companies working to take its place.  How far away do you think we are from having a private company rendezvous with the International Space Station?  Actually it is sooner than you may think.  The private spaceflight company SpaceX plans to launch its unmanned Dragon capsule to orbit Feb. 7 atop the firm's Falcon 9 booster from Cape Canaveral Air Force Base in Florida. The capsule will carry a load of food, clothing and other supplies for the six-man crew of the space station.   For a breakdown of the SpaceX vehicle technology click here.  1/16/2012 Update ==>  SpaceX announcement today states that the Feb. 7th launch date has been canceled to allow for additional engineering tests.  Full Story.

A lot of times new technology is fascinating, exciting, and ah inspiring.  But not always.  Maybe I just don't have the "vision" to see the potential of this new technology.  It seems more like a cool gadget rather than the next thing to transform the world as did the smart phone.